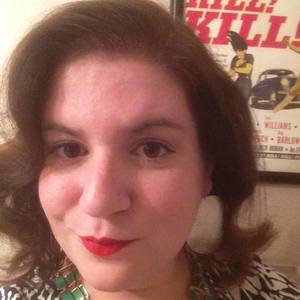 Stephanie Stone-Robb’s earliest game memory is watching her parents and grandparents play Yahtzee when she was 4 years old. They yelled. And drank. A lot. Which probably explains so much. Stephanie first got into the newest generation of board games in 2012 when a friend invited her to play a little game called Arkham Horror, and she wasn’t scared away by the idea of a 4 hour board game.

Steph’s board game tastes now leans to the quirky game and she’s a sucker for adorable components. When she’s not gaming, Stephanie hosts two other mildly successful podcasts and works full time for Geeks Who Drink. She lives in Texas with her husband and most favorite gaming partner, Dave, and a slightly neurotic dog named Kubrick and an overly affectionate cat named Dewey who wakes her up every morning at 5:18.